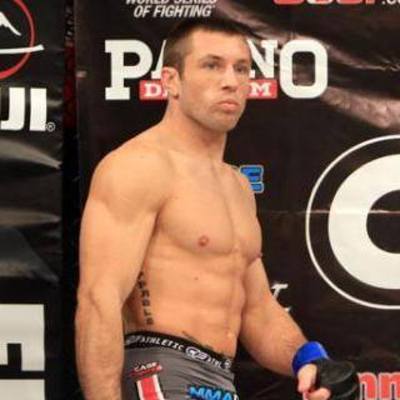 Fighting for a major organization has made Lance Palmer ineligible for regional rankings.

Lance Palmer began his MMA career in 2011 after a highly successful wrestling career at Ohio State University. Lance was a 4-time state champion and during his junior year in high school pinned every opponent he faced in the sectional, regional, and state tournaments. At Ohio State he became a 4-time All-American and was the National runner-up at 149 pounds his senior year. His final collegiate record was 121-33.

After graduation Palmer moved to Sacramento, California to begin his MMA training with Team Alpha Male. In his debut, he quickly took the fight to the ground and secured a rear-naked choke submission in the 1st round. He is currently 4-0 with 2 submissions and 2 decisions. In his most recent outing he defeated Jon Washington by unanimous decision, showing off impressive leg kicks which visibly effected Washington and had him limping throughout the fight.

Following the Washington fight, Palmer went 3-0 competing with several different regional promotions. Now at 7-0, Palmer was offered the opportunity from WSOF to face Georgi Karakhanyan for the vacant featherweight title. The fight was back and forth for the first two rounds up until Palmer was forced to tap out in the 3rd round via guillotine choke. This would serve as Palmer's first professional loss.

Looking to bounce back at WSOF 10, Palmer made quick work of Nick LoBosco winning via RNC in the 1st round. Now at 8-1, Palmer was again offered a shot at the WSOF featherweight title against new champion Rick Glenn at WSOF 16. Dominating the entire fight, Palmer finally dispatched of Glenn via a 3rd round RNC to capture the WSOF featherweight title.