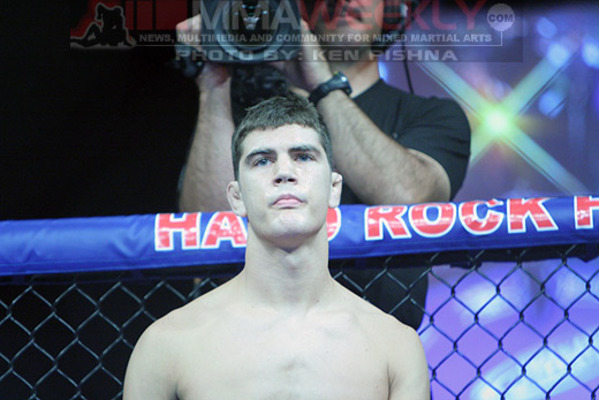 Micah Miller is ineligible for regional rankings due to inactivity.
Fighters must have at least one completed MMA bout in the past two years to be ranked.

Micah Miller is an American MMA fighter who was born on February 14, 1987 in Chicago, Illinois. Micah is the younger brother of fellow UFC lightweight and featherweight Cole Miller. Before competing in mixed martial arts, Micah was a high school wrestler. He currently fights out of American Top Team from Coconut Creek, Florida. Micah is also a brown belt in Brazilian Jiu-Jitsu under Ricardo Liborio.

Before making his professional mixed martial debut, Micah had a perfect flawless amateur record of 5 wins with 0 defeats. One of those five wins was via submission with a triangle choke to UFC bantamweight fighter and former WEC bantamweight title holder Brian Bowles.

Despite never competing for the UFC, he tried out for the Ultimate Fighter making the cast of season 14 for the featherweight division. Micah was the early favorite to win the entire season due to his experience, but he lost in a preliminary fight to Steven Siler.