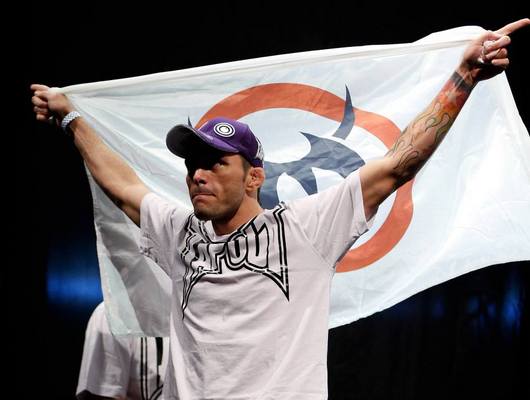 Fighting for a major organization has made Rony Jason ineligible for regional rankings.

Bezerra began training in martial arts at sixteen years old because he was a self-proclaimed "brat" and he had a love for martial arts.Rony trained for several years before taking his first fight in 2006, where he fought Alessandro Cabeca in his professional debut, winning via second round TKO.

At only 2-0, Bezerra took a fight against another up-and-comer, and future World Extreme Cagefighting and Ultimate Fighting Championships star, Renan Barão. The fight was very closely contested and ended in a split decision loss for Bezerra. He won his next fight via submission before suffering his second loss to Joao Paulo Rodrigues de Souza. Bezerra bounced back from the loss with first round submission wins over future UFC fighter, Felipe Arantes and tough journeyman, Felipe Alves. On December 5, 2009 at the Platinum Fight Brazil 2 fight card, Bezerra fought future Bellator competitor, Genair da Silva. He lost the fight via doctor stoppage after the end of round two. After the loss, Bezerra went on a five fight winning streak, where he claimed multiple titles for several promotions, and was named BloodyElbow.com's 2012 #1 Bantamweight prospect, despite never fighting in the division.

In March 2012, it was revealed that Bezerra was selected to be a participant on The Ultimate Fighter: Brazil. Bezerra defeated Dileno Lopes via technical knockout in the first round to move into the Ultimate Fighter house, and become an official cast member. Bezerra was selected as the first overall pick by Wanderlei Silva, to be a part of Team Wanderlei. In the last quarterfinal fight, Bezerra was selected to fight his close friend and training partner Anistavio Gasparzinho. Bezerra won the fight via technical submission after applying an armbar to Gasparzinho, nearly breaking his arm which forced the referee to intervene and stop the fight. In the semi-final round, Bezerra was matched-up against Hugo Viana from Team Vitor. After three rounds, Bezerra was declared the winner via unanimous decision. The win moved him into the finals set to take place at UFC 147.Bezerra officially made his UFC debut at UFC 147 on June 23, 2012 against Godofredo Pepey to determine the featherweight winner of The Ultimate Fighter: Brazil. He won the fight via unanimous decision.

He would follow that up with back to back finishes first a tko over Sam Sicilia and then a triangle choke in the first round over Mike Wilkinson. However he would drop his next fight at UFC Fight Night in Brazil when he ducked into a headkick thrown by Jeremy Stephens that put him out cold. He would bounce back in his next fight that also happened in Brazil at Fight Night 38. He would finish Steven Siler by TKO in the first round.

Episode 1 Jason def. Dileno Lopes by TKO (Punches) in Round 1

Episode 7 Jason def. Anistavio Medeiros by Armbar in Round 1

Rafael Lovato Jr. is 38 today! Send him a Tweet.