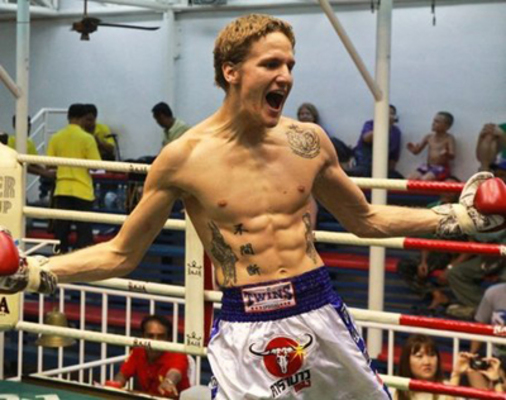 Will Chope is an American featherweight fighter. He has trained out of Team Buffet and Fight Corps MMA in Philippines, while currently training out of Evolve Health Club Phuket and MuayFit Petaling Jaya. He has previously fought for Universal Reality Combat Championship where he was the featherweight champion as well as Pacific Xtreme Combat. He is thought to be the tallest featherweight fighter in the world at a staggering six feet four inches. Of his nineteen professional MMA wins, sixteen have been finishes including twelve submissions.

Chope decided that he wanted to be more than just an MMA fan while he was in the US Air Force. His father had been a friend of Ken Shamrock, so he had a lot of exposure to MMA from an early age. While stationed in Guam with the Air Force, he started to train at renowned MMA gym, Spike 22. After he left the military, he immediately moved to Phuket, Thailand to pursue his dream of becoming the "ultimate journeyman" in martial arts. After only a month of training, he entered his first amateur MMA fight and was able to pick up a TKO. Only three days later, he took his first professional Muay Thai fight and was able to come away with another win. In addition to MMA and Muay Thai, he also competes professionally in K-1, Boxing, and Sanda.

Will had a rocky start to his professional MMA career in 2010. In his first five fights, he would go 1-4 with all of his losses being finishes. Undeterred from following his dream, he battled on and would go on a four fight winning streak before being finished in another fight in early 2012. He would then go on a fourteen fight winning streak over the next twenty two months. Along the way, he would fight for URCC several times and would ultimately earn the featherweight title with that promotion. Up to this point in his career, he continued to compete in several other professional combat sports and racked up nearly sixty fights between them in three years.

Chope was picked up by the UFC in late 2013. He made his UFC debut against UFC veteran, Max Holloway, at UFC Fight Night 34 in Singapore. Unfortunately, his fourteen fight winning streak would come to an end when he was knocked out in the second round. Chope was cut from the UFC right before his second fight against Diego Brandao in the promotion. Chope had previously been dishonorably discharged from the Army for domestic abuse and the UFC didn't want to associate their name with that.

Will Chope News View All