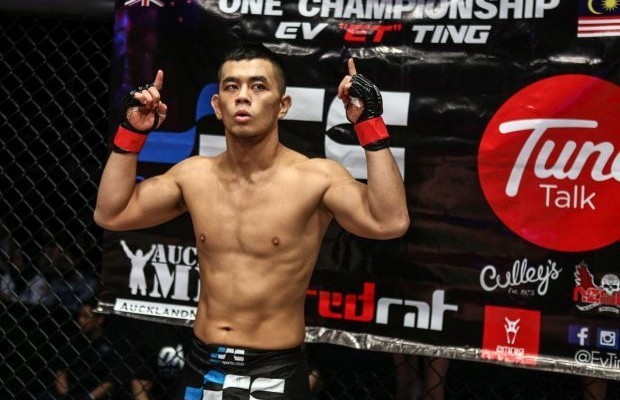 Fighting for a major organization has made Ev Ting ineligible for regional rankings.

In many ways, Ev Ting is a perfect representative of Legend’s unique brand of Asia-Pacific MMA. Originally born in Malaysia, Ting is of Malaysian Chinese ancestry and speaks Mandarin as his first language. When he was seven-years old, his family relocated to New Zealand, where he has been living ever since. And it was on the opposite side of the Asia-Pacific that Ting discovered MMA. Although he had always been interested in combat sports, it was an MMA highlight reel on the internet that first sparked his interest in training, and he quickly found a home at Auckland MMA in 2009. After an undefeated stint as an amateur, Ting turned pro in 2011 and now seeks to proudly represent his Malay roots, his New Zealand home, and his family, team, and himself in the Legend Ring.