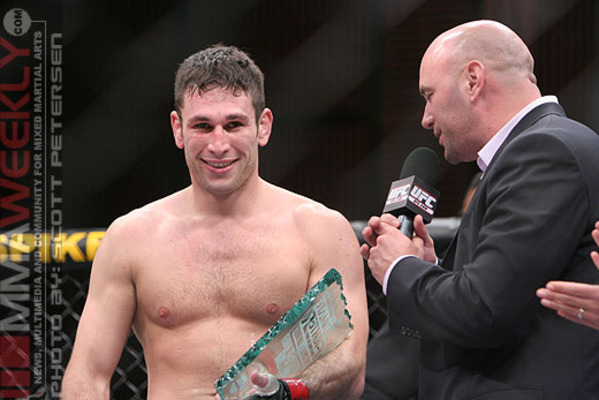 Amir Sadollah is ineligible for regional rankings due to inactivity.
Fighters must have at least one completed MMA bout in the past two years to be ranked.

Ultimate Fighter season seven winner and UFC mainstay Amir Sadollah provides a counterpoint to most mixed martial arts fighters, combining in-the-cage aggression with a quiet, self-deprecating manner.All of his professional fights took place inside the UFC octagon,A distinction not many fighters have. Sadollah is a talented Muay Thai practitioner who also sports a black belt in Sambo and an armbar victory to prove it, which came over C.B. Dolloway in the fight that won him the TUF 7 crown.

Sadollah continues to improve with every outing inside the cage and displays a toughness and focus under fire. As his loss to "Stun Gun" Kim showed, however, his game can be smothered in some cases. If he develops his physicality and begins using it to bully opponents, Sadollah may elevate himself further into the top echelons of the sport.

Episode 1 Sadollah def. Steve Byrnes by Armlock at 2:22 of Round 2

Episode 9 Quarter Finals Sadollah def. Matt Brown by Triangle Choke at 4:09 of Round 2

Episode 12 Semi Finals Sadollah def. CB Dollaway by Armbar at 2:50 of Round 3

The Ultimate Fighter 7 Finale Sadollah def. CB Dollaway by Armbar at 3:02 of Round 1