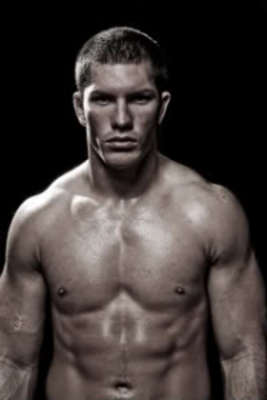 Keith Berry started his professional MMA career right off the bat fighting for well known and respected MMA promotions such as King Of The Cage and WEC. Known as "KO Kid", Keith Berry quickly lived up to that nickname winning his first 3 professional fights by way of 1st round KO/TKO. Unfortunately he would drop his next two fights, the first was a KO at the hands of MMA and UFC veteran Terry Martin, and the other was a split decision loss to Kawika Morton.

After his two losses, Berry would bounce back with a 3-fight win streak with all of them being finishes (2 by KO/TKO, 1 by submission), but would lose 3 in row with all 3 coming by TKO. 2 of those losses were to well known and respected mixed martial artists Tony Lopez and Doug "The Rhino" Marshall. Berry's next 4 fights would be one of the most impressive win streaks of his career. He finished all 4 of his opponents by 1st round KO/TKO with none of them going past the first minute, earning him the chance to fight for Scott Coker's Strikeforce promotion.

Berry went on a 2-4 run on his next 6 fights. Facing tough opposition in Strikeforce against fighters such as Trevor Smith, Gian Villante, and Tyson Jefferies Berry continued to show improvement in his overall MMA game. Proving that there was no quit, and that a fighter can only improve, Berry won his next two fights by KO/TKO which earned him a chance to fight for Bellator.

KO Kid's first fight in Bellator was a 1st round submission over Rich Rigmadon. His next fight for Bellator would be a split decision victory over Cortez Coleman.