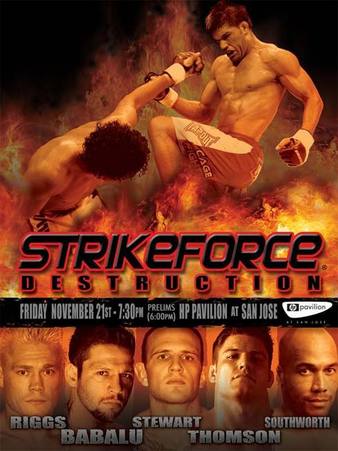 In an event that aired live and free on HDNet, Strikeforce: Destruction featured a Light Heavyweight Championship bout between defending champion Bobby Southworth and challenger Renato “Babalu” Sobral. Sobral took the title with a TKO due to a Doctor’s stoppage after the first round.

Sobral had joined Strikeforce after being kicked out of the UFC for holding a submission hold too long against David Heath in August of 2007.