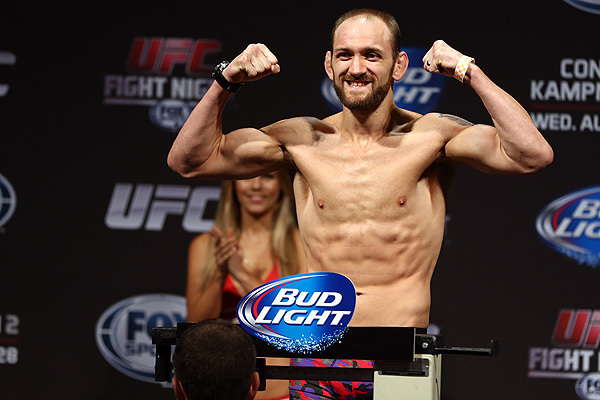 Fighting for a major organization has made Zak Cummings ineligible for regional rankings.

Zak Cummings began his MMA career in 2007 racking up 10 straight wins including victories over Rudy Bears and Terry Martin. He would fight once for Strikeforce losing to Tim Kennedy and once for Bellator picking up a second win over Rudy Bears.

He would end up with a 15-3 record before joining The Ultimate Fighter Team Jones vs. Team Sonnen. He would throw one punch that finished Nik Fekete in the first round to gain entry into the house. His first fight in the house was against Dylan Andrews and he would lose a majority decision to him.

He would still get his shot in the UFC and would make the most of it when he finished Benny Alloway in the first round at UFC Fight Night 27. His first round D'arce choke would also earn him the Submission of the Night. He would make it two straight with a decision win over Yan Cabral. He looks to make it three when he takes on top prospect Gunnar Nelson at UFC Fight Night 45.