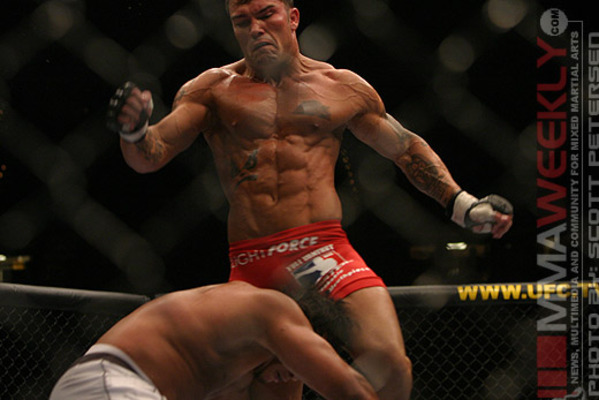 James Irvin is ineligible for regional rankings due to inactivity.
Fighters must have at least one completed MMA bout in the past two years to be ranked.

The first-ever WEC Heavyweight Champion, James Irvin went undefeated in his first seven fights, defeating the likes of Scott Smith and Bo Cantrell (twice) before debuting for the UFC in 2005. Since then, Irvin has emerged as an extremely powerful but inconsistent fighter in the light heavyweight division, holding wins over Doug Marshall, Terry Martin, and Houston Alexander amidst losses to some elite 205 pounders. His knockouts of Martin and Alexander are each all-time greats, Alexander's for its speed and Martin's for its concussive power.

Following the worst performance of his career--a vicious first-round knockout loss to UFC Middleweight Champion Anderson Silva--Irvin tested positive for methadone and oxymorphone, having developed an addiction to the powerful painkillers as a result of injuries suffered in training. Having proven himself capable of crowd-awing knockouts on multiple occasions in his career, the aptly-named “Sandman” is still searching for the fighting form he showed only a few years ago.