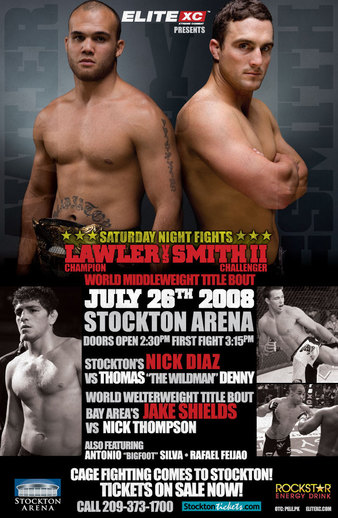 In the second MMA event to be broadcast on CBS, the ratings took a serious hit when Kimbo Slice did not participate. Instead, a middleweight rematch between Robbie Lawler and Scott Smith took center stage, with Lawler finishing Smith in the second round to retain his Middleweight Championship. In the other featured bout of the evening, Jake Shields took the Welterweight Championship by defeating Nick Thompson with a Guillotine Choke in the first round.