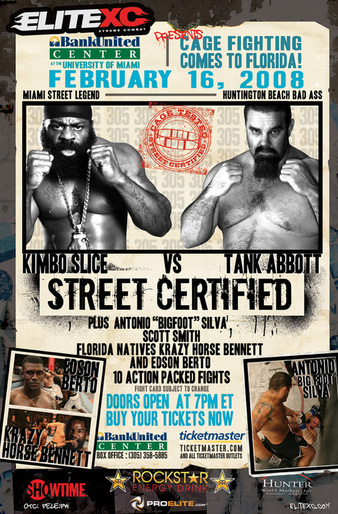 After attracting significant business for their previous fight card featuring street fighting sensation Kimbo Slice, the promoters at EliteXC decided to put him in the main event of their next Showtime broadcast, which aired in February of 2008. In the main event, the now heavily-hyped Slice defeated an aging Tank Abbott by KO in the first round. On the undercard, Antonio Silva, Scott Smith, Yves Edwards, and Brett Rogers all came out with victories.