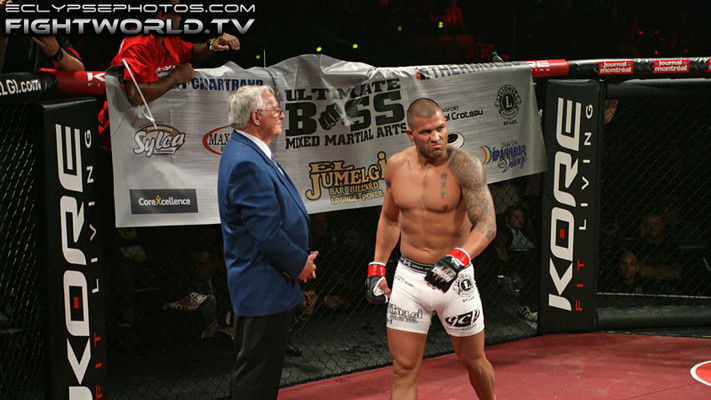 Steve Bossé is ineligible for regional rankings due to inactivity.
Fighters must have at least one completed MMA bout in the past two years to be ranked.

Steve Bosse made his pro MMA debut in 2007 while he was still a lower level ice hockey player.  Bosse would then make the transition to a full-time pro MMA fighter, two years later.

On Wednesday, March 19, 2014, Bosse announced his retirement from active competition, citing a rash of injuries and years of damage both professional fighting and hockey had left him with. Before his retirement, Bosse had been scheduled to make his UFC debut in April against Ryan Jimmo. He was forced out of the fight with a shoulder injury.

One year following his retirement, Bosse came out of retirement and return with the UFC.  He was originally slated to fill in for Quinton "Rampage" Jackson at UFC 186 and fight Fabio Maldonado; as Jackson was locked up in a legal battle with Bellator MMA over a breach of contract dispute, which allowed Bellator to put out a preliminary injunction to block Jackson from fighting on the card.  However, after Jackson's lawyers got the courts to repeal the injunction, Bosse got pulled out of the Maldonado fight and replaced by Jackson.  After two months of waiting, Bosse made his official UFC debut at Middleweight against Thiago Santos at UFC Fight Night 70.  This was the first fight for Bosse at Middleweight.  His debut would not last long, as Bosse would lose his fight against Santos via a head kick knockout, 0:29 seconds into the first round; earning Bosse the second loss of his MMA career.