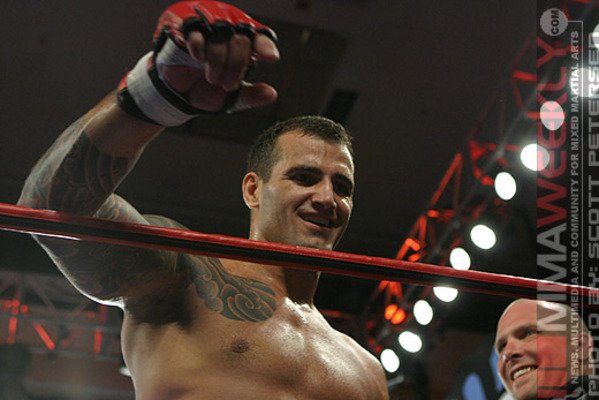 Andre Gusmao is ineligible for regional rankings due to inactivity.
Fighters must have at least one completed MMA bout in the past two years to be ranked.

André Gusmão is a professional MMA fighter fighting out of team Renzo Gracie in New York, New York. After a promising start to his pro MMA career that saw him run his record to 5-0 with four wins in the highly competitive International Fight League, Gusmao was granted a shot in the world's biggest MMA promotion, the Ultimate Fighting Championship. Unfortunately for Gusmao, back-to-back losses to future top contenders Jon Jones and Krzysztof Soszynski saw him released from his UFC contract after only two fights.

Gusmao relies on an unusual foundational style of Capoeira blended with solid Jiu-Jitsu as well as a natural athleticism to off-balance his opponents. He continues to teach and train out of Renzo Gracie Academy in New York.