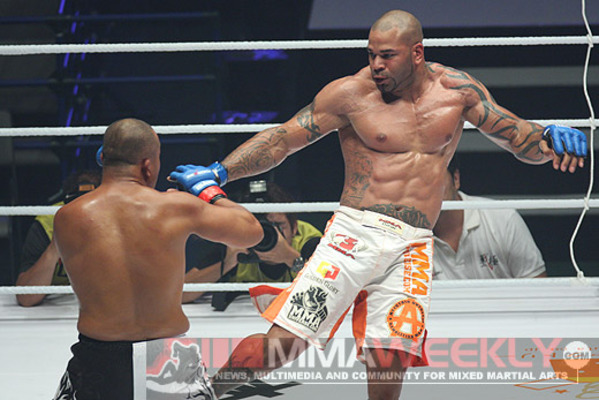 Valentijn Overeem is ineligible for regional rankings due to inactivity.
Fighters must have at least one completed MMA bout in the past two years to be ranked.

Valentijn is the older brother of fellow Heavyweight Alistair Overeem. He is a Kickboxer and black belt in Brazilian Jiu Jitsu. Overeem holds one of the highest finishing percentages ever in MMA with 29 of his 30 wins and 26 of his 27 losses ending in a finish. He has fought in nearly every major promotion including Rings, Pride, K-1 Hero's, Sengoku, Pancrase, KSW, and Strikeforce. Despite his mediocre record he has beaten many notable and top fighters including Chris Haseman, Hiromitsu Kanehara, Joe Slick, Renato Sobral, Randy Couture, Ian Freeman, Ray Sefo and Kazuo Takahashi.

Overeem holds a 0-1 1 NC Kickboxing record. His loss was a TKO against K-1 champion Remy Bonjasky. 16 years after that fight Overeem returned to kickboxing against James Wilson. The fight had a bizarre ending as it was ruled a No Contest when the ring was ruled unsafe after both fighters fell from it.