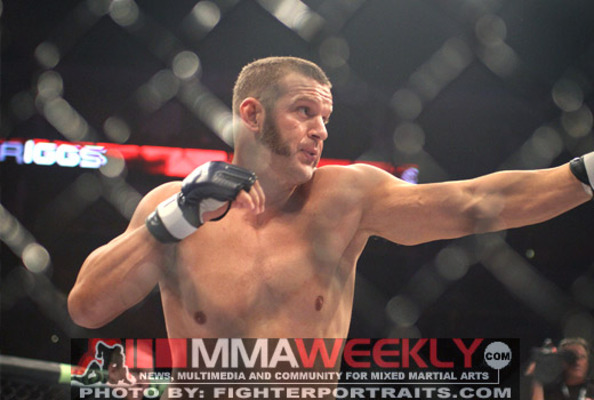 Chad Griggs is ineligible for regional rankings due to inactivity.
Fighters must have at least one completed MMA bout in the past two years to be ranked.

Chad Griggs's breakthrough fight came in August 2010, where he filled in as a late replacement to fight the heavily favored, and heavily muscled, former pro wrestler Bobby Lashley at Strikeforce: Houston. Griggs first weathered and later exposed Lashley over the course of two rounds, sustaining punishment but dishing out enough damage through brief standup exchanges and from the bottom that his inexperienced foe was overwhelmed. Griggs, who moved his record to 9-1 with the victory, also showed charisma and future star potential in his post-fight comments. Griggs fights out of Tuscon, Arizona and brings good heavyweight size, toughness, and cage poise to the table.

His next visit to the Strikeforce promotion would come in the context of an alternate placement to Strikeforce's 2011 Heavyweight Grand Prix. He would defeat Gian Villante and Valentijn Overeem in the first rounds by TKO. Griggs would get the call up to the UFC but would lose to Travis Browne in the first round by submission. Griggs went on to face Cyrille Diabate at UFC 154, losing his second straight fight by first round submission. Following the 2 straight losses Griggs would be cut from the promotion.