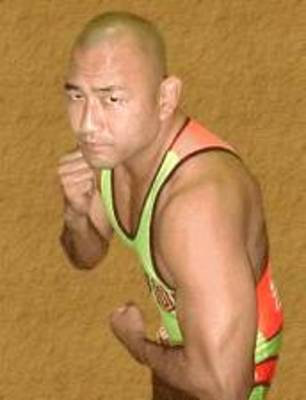 Alexander Otsuka is ineligible for regional rankings due to inactivity.
Fighters must have at least one completed MMA bout in the past two years to be ranked.

Alexander Otsuka made the move from a successful professional wrestling career to mixed martial arts competition in 1995. He earned a notable victory over Vale Tudo pioneer Marco Ruas in 1998. Though Otsuka finished his career in 2006 with a dismal 5-13 record, he was forced to face the toughest of the tough, including all-time greats Renzo Gracie, Ken Shamrock, Igor Vovchanchyn, Quinton "Rampage" Jackson, Wanderlei Silva, and Anderson Silva, all of whom defeated him. Otsuka was known for his toughness in the ring.