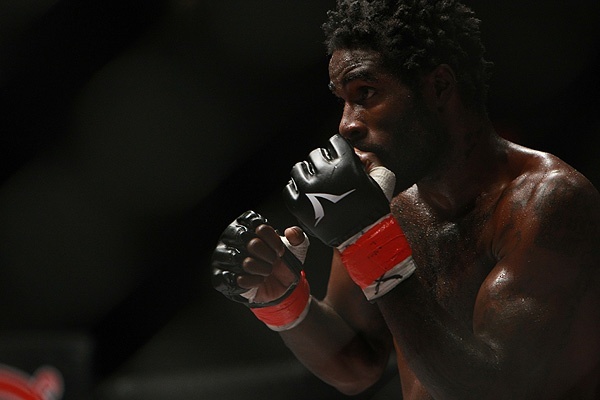 Fighting for a major organization has made Daniel Straus ineligible for regional rankings.

Daniel Straus is a Featherweight fighter currently employed by Bellator. Straus was a highly successful wrestler before going into MMA and exhibits his strong grappling background in his fights. Straus has found major success thus far in Bellator holding a record of 6-1 in the promotion. He was Bellator's Season 4 Featherweight Tournament runner up and the Season 6 winner. Straus has fought notable opponents in Pat Curran, Joe Pearson, Nazareno Malegarie, Patricio Freire, and Marlon Sandro. Straus is set to fight Alvin Robinson at Bellator 78.

Straus has drawn criticism for his grinding style and for not always going for a finish. Straus has stated "I'm still a guy that likes to grind a guy, but I also like to get that finish with that submission or knockout or TKO. Just opening my mind as far as the fight game, it's helping me not be so one-sided, as far as, 'Let's get this grind win and show everyone I can go 15 minutes or 25 minutes.'"

As tournament champion, Straus is due to fight for the featherweight title. Since there is another title challenger ahead of him, he is choosing to continue to fight while he waits for the title shot. At Bellator 78, Straus's dominant wrestling allowed him to take down and wear out Alvin Robinson, eventually securing a second round submission via RNC. He would get his shot at the belt against the current champ Pat Curran at Bellator 106. Straus would get revenge for his loss to Curran earlier in his career and take home the belt with a Unanimous Decision victory.