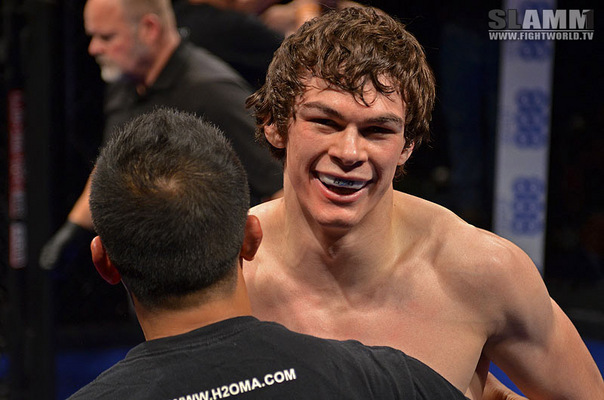 Fighting for a major organization has made Olivier Aubin-Mercier ineligible for regional rankings.

With a background in Judo, he has competed in many tournaments over the years, earning more than 7 medals at the Canadian National Judo Championships, winning the Canadian title twice. He also placed at the Quebec Super Cup and Quebec Open multiple times and took a bronze medal at the New York Open in 2010. He has a JudoInside record of 17 - 19.

Aubin-Mercier would make it to the final of the Ultimate Fighter Canada vs. Australia but would lose a split decision to Chad Laprise. Following the first loss in his career, Aubin-Mercier returned to winning form in picking up his first UFC win as well as a Performance of the Night bonus against Jake Lindsey, submitting "The Librarian" in the second round via keylock.