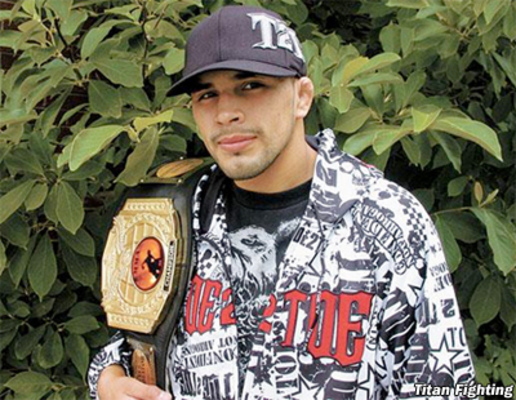 Ramiro Hernandez is an American bantamweight fighter currently signed to the UFC. He trains out of Miletich Fighting Systems in Bettendorf, Iowa and American Top Team in Coconut Creek, Florida. He has previously fought for Titan FC and Victory FC. He has notable wins over Eric Wisely, Chris Tickle, and Drew Dober. Of his thirteen career wins, nine have been finishes including five submissions.

Hernandez took up Tae Kwon Do in 1996, Boxing in 1998, and transitioned to MMA in 2006. After a 10-0 amateur career, he made his professional debut in 2008 with a first round TKO. He would pick up another win when he took on future UFC fighter, Eric Wisely, before losing for the first time when he took on future Bellator champion, Pat Curran, who beat him by unanimous decision. He would bounce back with five straight finishes including a submission of Chris Tickle. He would lose consecutive fights when he took on UFC veteran, Michael Johnson, and Bellator veteran, Jared Downing. Hernandez would go on another four fight win streak including wins over future UFC fighters Eric Wisely and Drew Dober before losing a unanimous decision to Jeremy Spoon. In 2012, he would go 2-0, winning both times by decision.

In 2013, Ramiro was signed by the UFC. He made his promotional debut against Lucas Martins at UFC Fight Night 28, but would be submitted in the first seventy seconds of the fight. He next took on Hugo Viana at UFC on Fox 10 but would lose by unanimous decision after being outstruck for much of the fight. This put his UFC record at 0-2.