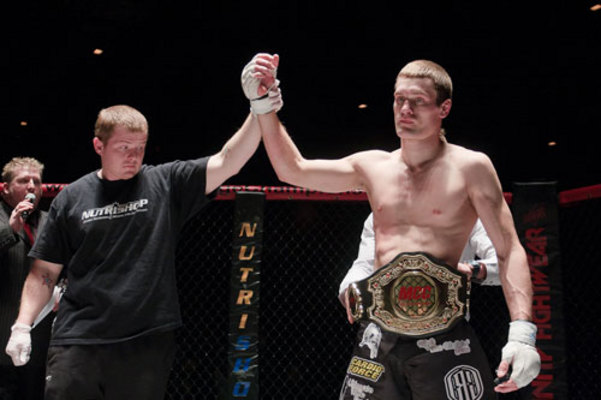 Fighting for a major organization has made Ricky Glenn ineligible for regional rankings.

Rick "The Gladiator" Glenn took his first pro fight at the age of 17 on just hours notice, winning impressively forcing his opponents corner to  throw in the towel in the 2nd round. Glenn said of the experience  "I thought it was a good opportunity to try it out. Plus, I needed the money! I had to work all day and when I left work, my (now) wife had everything ready for me. I showed up in my Staples uniform and was told I had five minutes to get ready. I changed into my fight gear, ran into the cage, and cut the guy up pretty good. His corner threw in the towel and I won the fight."

After racking up a record of 10 wins, 2 losses on the local scene, Glenn would make his way north of the border and fight for the Score Fighting Series in Ontario, Canada. The Gladiator looked outstanding in his debut for the promotion stopping rising Canadian prospect Tristan Johnson with punches in the 2nd. He would next fight and finish Lyndon Whitlock with a barrage of knees (to the body) and punches forcing Whitlock to turtle up and the referee to stop the fight in the 3rd round. SFS commentator Robin Black siad that Glenn "Came as advertised, if not more".

Glenn will now take another step forward in his young career, making his promtional debut for WSOF facing undefeated Brazilian Alexandre Pimentel (12-0) on March 23, 2013. Glenn would go on to win via TKO in the 3rd round to improve his WSOF record to 2-0.

Following another successful outing against Artur Rofi at WSOF 5, Glenn was granted a shot at the WSOF featherweight title against champion Georgi Karakhanyan at WSOF 10. Being a moderate underdog, Glenn would go on to secure the upset victory due to injury after the 2nd round.

Glenn's first title defense would come against Lance "The Party" Palmer at WSOF 16. After being dominated the first two rounds, Glenn would go on to submit to a 3rd round rear-naked choke to lose his title.