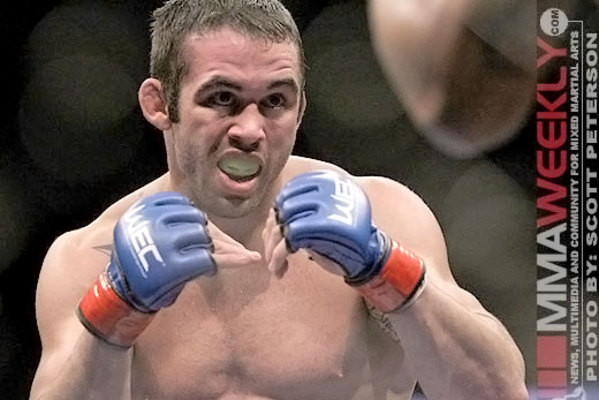 Jamie Varner is ineligible for regional rankings due to inactivity.
Fighters must have at least one completed MMA bout in the past two years to be ranked.

After going 1-1 with the UFC from 2006-2007, Jamie Varner moved to the WEC lightweight division, where he quickly took the WEC Lightweight Championship by defeating former champion Rob McCullough with a spectacular TKO finishing sequence in the third round. Following the victory, Varner defended his title twice, defeating Marcus Hicks by TKO in the first round and taking a Technical Split Decision win over Donald Cerrone in a brutal, back-and-forth fight in 2009.

After losing his title to Ben Henderson in 2010, Varner rebounded with one of the best fights of the year against Iranian wrestler Kamal Shalorus in June, going three rounds (half with bone fractures to the foot and hand) and adding a draw to his record following a controversial decision.

Undoubtedly one of the best fighters in the WEC, Varner’s progress at the top of the division has repeatedly been halted due by his propensity for injury during his fights. Varner has broken hands, feet, and other bones in the cage, even in fights in which he emerged victorious. Varner has occasionally adopted the “bad guy” persona in lead-ups to fights, earning detractors with his trash talking and confident swagger.

Varner would get the call up to the UFC to face a rising prospect in Edson Barboza who was just coming off a highlight reel Knockout of the Night. Varner was a heavy underdog but proved he still has what it takes finishing Barboza by TKO in the 1st round. Varner has since gone 1-2 with a victory over Melvin Guillard and losses to Joe Lauzon and Gleison Tibau. He would lose another when he fought Abel Trujillo at UFC 169. He was finished by TKO in the second round for the first time in his career. However his effort in the fight would still earn him Fight of the Night honors.