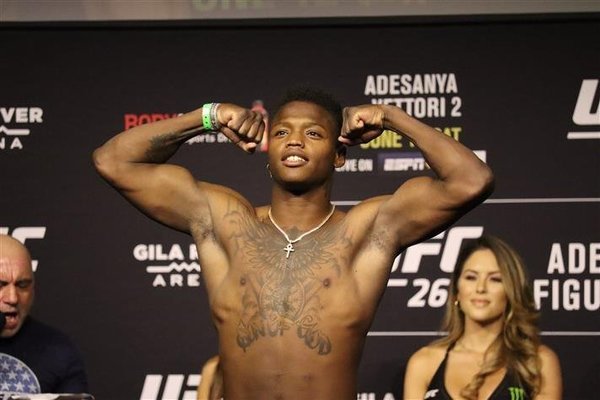 Fighting for a major organization has made Terrance McKinney ineligible for regional rankings.

Terrance "T.Wrecks" McKinney is a professional fighter from Spokane, Washington. He trains at Warrior Camp gym located within Spokane. A standout high school wrestler, McKinney would go on to wrestle at Chadron State College in Nebraska, and North Idaho College. McKinney would have a scary encounter with death, his heart stopping two times after injuring himself while on a bad mix of drugs and alcohol. This happened in 2015, when McKinney was just 20 years old. He changed his life around after this, and became a professional fighter. McKinney would find himself in a matchup with Sean "Sniper" Woodson on Dana White's contender series, where he would lose to a flying knee TKO in the second round. As of April 2021, McKinney is fighting in the LFA with dreams to reach the UFC.