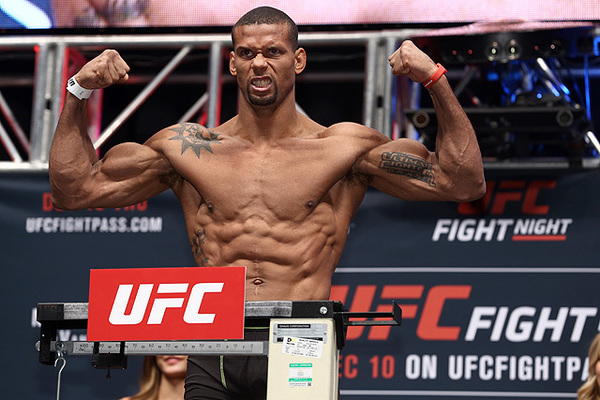 Fighting for a major organization has made Thiago Santos ineligible for regional rankings.

Thiago "Marreta" Santos was a competitor on the second season of The Ultimate Fighter: Brazil.  He had a contentious bout with Gil de Freitas to get into the house, winning by majority decision after the sudden victory round.  Santos would go on to be the last over-all pick of the competition, ending up under head coach Fabrício Werdum.  Werdum matched "Marreta" up against eventual-finalist William Macario in the tournament's fourth elimination fight.  Santos lost by unanimous decision after two rounds.  Despite the loss, Santos' performance in the bout allowed him to return in the tournament's "wildcard" spot, where he defeated teammate Pedro Irie and earned the tournament's eighth quarterfinalist spot.  However, Santos would again face another eventual-finalist in Leonardo Santos, losing via unanimous decision.  Santos went 2-2 in TUF fights.

While no fighters other than the finalists of The Ultimate Fighter: Brazil 2 made their UFC debut on the respective finale card, Santos did make his UFC debut two months later on the UFC 163 main card against TUF Brazil 1 winner Cezar Ferreira.  A heavy underdog going into the bout, Santos was quickly defeated, being submitted by Ferreira in under a minute.  "Marreta" returned to UFC action seven months later, as an even larger underdog to middleweight prospect Ronny Markes.  This time however, Santos was on the delivering end of a quick sub-minute finish, knocking out Markes in 53 seconds.  At a +600 underdog, this was one of the biggest upsets in modern UFC history in terms of betting odds.  The win allowed Santos to continue on his UFC career, but he faced another defeat at UFC 175, losing to fellow TUF veteran Uriah Hall via unanimous decision.

On December 8 2018 Santos faced jimi manuwa in a wild brawl. He won the fight by KO early in rd.2