"The Baddest Man on the Planet" 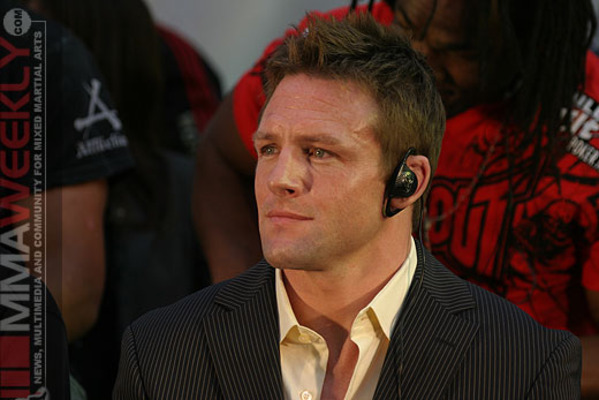 Joe Warren is ineligible for regional rankings due to inactivity.
Fighters must have at least one completed MMA bout in the past two years to be ranked.

One of the most decorated wrestlers to ever compete in MMA, Warren has amassed a slew of achievements across the different styles, Folkstyle, Freestyle and most notably, Greco-Roman.

Beginning his journey with Folkstyle at East Kentwood Highschool, he would become a 3-time state placer, with 1 state championship in his senior year. Following Highschool he would then wrestle for The University of Michigan, achieving a 3rd place finish at the 2000 NCAA finals. He also achieved a runner up finish at the 1998/99 Big-Ten Conference tournament.

He was also a USA World team trials champion in 2005 - 2007, 1st place at the USA-University Greco Championships in 1998, was USA Greco-Roman athlete of the year in 2006, and in 2009 was an inductee in the "Alan and Gloria Rice Greco-Roman Hall of Champions", as part of the "National Wrestling Hall of Fame Dan Gable Museum"

He missed the 2007 Pan-American Championship, as he was penalised for testing positive for cannabis.  In 2008 he was handed an absurd ban of 2 years for the offense, missing the 2008 Beijing Olympics, of which he was the favorite to capture gold. Shortly after this time, Warren decided to transition to MMA, linking up with fellow Greco and MMA veterans at 'Team Quest', to begin his journey.

Making his pro-debut in the '2009 Dream Featherweight Grand Prix', defeating Chase Beebe in the opening round, he would then achieve a huge underdog victory over 17 - 1, acclaimed fan-favorite Norifumi "KID" Yamamoto in the second round, in only his 2nd pro MMA bout. Despite his incredible early success he would succumb to Jiu-Jitsu ace and Hall of Famer Bibiano Fernandes by armbar in the Grand Prix final. After this GP, he went on to sign with Bellator, becoming one of the promotion's pioneers.