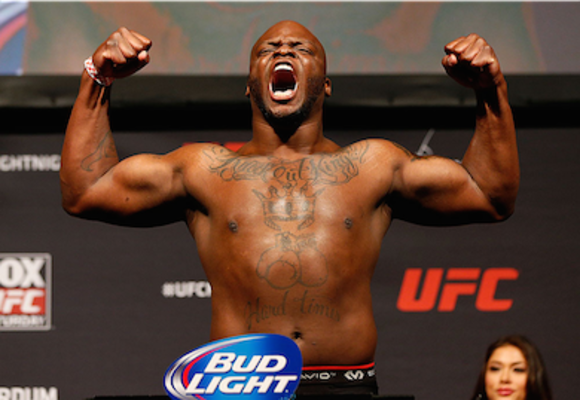 Fighting for a major organization has made Derrick Lewis ineligible for regional rankings.

Lewis began his MMA journey in 2009. He made his debut as an amateur against Jay Ross at LSAMMA on October 16, 2009.  He lost the fight via TKO. He then faced Tim Buchanan at the United States American Combat Association event on January 30, 2010 and won via TKO.  After turning professional in 2010, Lewis would compile a fight record of 4/1 before signing with Bellator in May 2010. Derrick Lewis faced Tony Johnson at Bellator 46 on June 25, 2011, he lost the bout via unanimous decision.

After leaving Bellator Lewis went on a 6 fight winning streak including the notable win of the legacy heavy weight title which he also defended before being he signed for the UFC in 2013.
Lewis made his UFC debut against Jack May at UFC on FOX Werdum Vs Browne on april 19, 2014. Lewis won the fight via TKO in the first round.
Lewis has a current UFC record of 12 wins and 5 defeats. The most notable of Lewis fights being the wins against Travis Browne, Francis N'Gannou and  Alexander Volkov.

He also fought Daniel Cormier being the UFC heavy weight champ but lost via submission in the second round.
Derrick Lewis is famous for his exciting fights and spectacular knockouts but also for his hilarious post fight interviews and comments. Stating that Donald Trump called him before his fight against Alexander Volkov at UFC 229 "to win this for America" and after undressing to his underwear and being asked by Joe Rogan why he did so, he stated famously, "My Balls was hot".
He is currently coming off a loss in his last fight against Junior "Cigano" Dos Santos.  Derrick Lewis was scheduled to come back at UFC 244 Jorge Masvidal VS Nate Diaz in MSG, NY against Blagoy Ivanov.