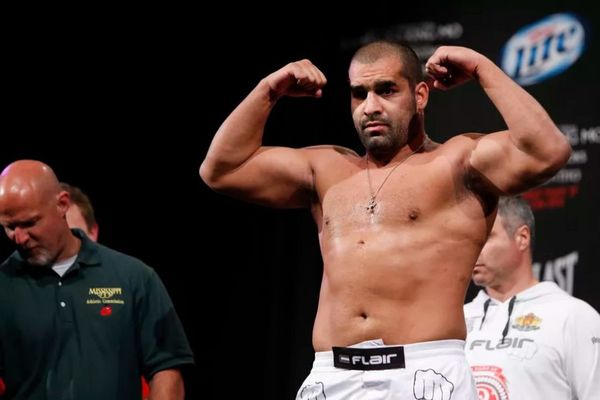 Fighting for a major organization has made Blagoy Ivanov ineligible for regional rankings.

Blagoy Ivanov (born October 9, 1986) is a Bulgarian mixed martial artist and Sambo practitioner who won the 2008 Combat Sambo World Championships in Saint Petersburg, Russia. He is signed to the Ultimate Fighting Championship where he competes in the Heavyweight division. He previously fought for the World Series of Fighting, where he attained success as the promotion's Heavyweight champion. Blagoy has also competed in Judo as a heavyweight national representative for Bulgaria. He competed in the 2003 Balkan Junior Championships and placed first. He then continued in competition up to the European Championships level but only placed 7th in the 2007 U23 Tournament, and did not make an attempt to represent Bulgaria in the 2008 Olympic games. Ivanov chose to enter into a career in mixed martial arts as opposed to representing Bulgaria in the 2012 Olympic Games. As of May 11, 2020, he is #12 in the UFC heavyweight rankings.