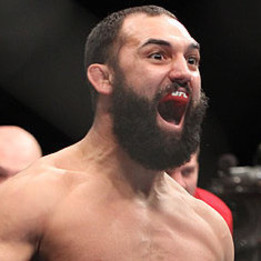 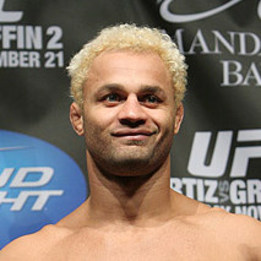 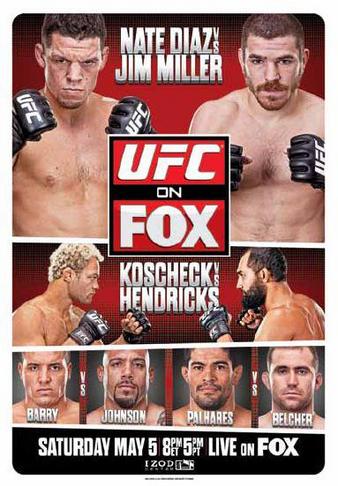 Koscheck and Hendricks met in the co-main event at UFC on FOX in the welterweight division.

The two traded strikes to start the third and Koscheck drove Hendricks into the fence, holding him there until Mulhall separated them. Both men threw heavy leather, Koscheck landing the better punches. Hendricks came forward with some big punches that hurt Koscheck but Koscheck fired back and landed as well, backing Hendricks up and pushing him into the cage again. Hendricks landed a big knee but Koscheck drove in and secured a takedown, landing in half guard. Hendricks kept Koscheck confined to half guard with a tight lock but eventually Koscheck got his leg free and switched to half guard on the other side. Koscheck fired off some short elbows then switched to body punches.

Speaking with Joe Rogan following the bout, Hendricks said, "That's one tough dude, man. I hit him with everything I got. Hat's off to him. Give me that belt."

@JonnyBones Thanks so much man that means a lot.

Thanks so much @ATI_Schools for all of your support and always sponsoring me! I appreciate it! http://t.co/b6VF5g1G

Hey @JonnyBones it was great to meet and talk with you after UFConFOX! Thanks for the pic: http://t.co/Gbueicgf

Just watched the fight again.1&amp;3rd round where mine. Maybe a rematch 5 round fight this time? What U say Hindricks?

No worries guys. I always shave my beard after my fight and I ALWAYS grow it back. : )

What it takes to beat someone like Josh Koscheck: http://t.co/HbBi1UBi

Hey @Airrosti we made it on ESPN's website today! Check it out: http://t.co/zm9D4ZF5

$40 worth of coins and an hour and a half of work for $3 worth of toys but my daughters happy http://t.co/Yz5sIv1g

On my side my fans are the best

I won't bitch about tonight...never made excuses ever &amp; won't start now!!!! Back to the grind!!!! Thx 4 the posi tweets.

Thank u guys for all the support

About to walk out for the press conference

We should open only airdyne gyms lol RT @travisbarker @JoshKoscheck Man, they are no joke right. They get my arms&amp; shoulders ready for tour

check out my new video that @TheAssassinMMA made: A Contender Rises (Part 2) follow Johny as he prepares 4 @UFCONFOX 3 http://t.co/6vyinDGi

This kid @CHinson149 is going 2 get back on the MAP this weekend in #VEGAS at #supercross race thanks 2 @dethrone hook him up!

Feeling AMAZING after my treatment session at @Airrosti yesterday! Everyone should try it. Ready for May 5!