"The Master of Disaster" 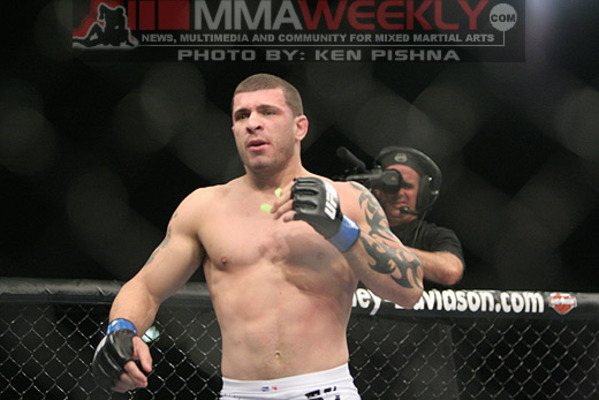 Mike Massenzio is ineligible for regional rankings due to inactivity.
Fighters must have at least one completed MMA bout in the past two years to be ranked.

A Junior College National Wrestling Champion and a World Champion in NAGA submission grappling, Mike Massenzio is one of the brightest young MMA prospects fighting out of New Jersey. Prior to joining the UFC in 2008, Massenzio defeated UFC fighters Dante Rivera and Dan Miller on the local circuit. After defeating knockout artist Drew McFredries by Kimura in his UFC debut in 2008, Massenzio lost a close fight to C.B. Dolloway in December of the same year.

Although he has yet to be tested against the best in the world in his weight division, Massenzio has a dedicated fan following on the local circuit and looks to have the potential to do big things in the division. He is extremely powerful, with the sort of smothering top game that tends to pay UFC fighters dividends in the final minutes of extremely close battles.