"The Ninja of Love" 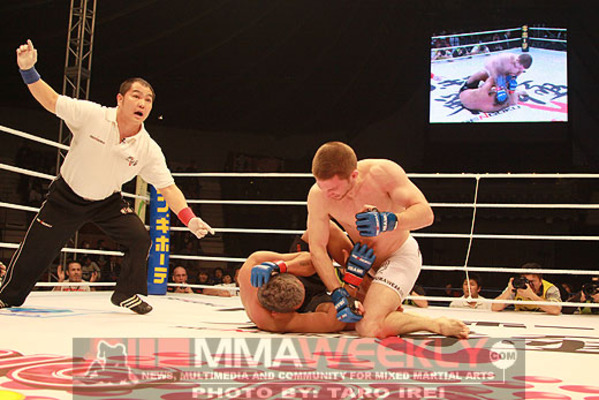 Nick Denis is ineligible for regional rankings due to inactivity.
Fighters must have at least one completed MMA bout in the past two years to be ranked.

Denis made his MMA debut in his native Canada in October 2006. He debuted for the King of the Cage Canada promotion and quickly became their Bantamweight champion.

In 2009, Denis made his international MMA debut for the World Victory Road promotion. He fought in the Sengoku Featherweight Grand Prix, making it to the semifinal round.

In December 2011, it was announced that Denis had signed a multi-fight deal with the UFC.

In his UFC debut, Denis faced Joseph Sandoval on January 20, 2012 at UFC on FX: Guillard vs. Miller. He was successful, defeating Sandoval with a series of standing elbows.

Nick was expected to face Johnny Bedford at UFC on Fox 3 on May 5, 2012. However, Bedford was forced out of the bout with an injury and replaced by Roland Delorme. He lost to Delorme by rear-naked choke at 4:59 of an action-packed first round where both fighters were rocked until Delorme rallied and submitted Denis.

In November 2012, Nick announced his retirement from the sport of MMA in a post on his blog, citing research of Chronic traumatic encephalopathy.