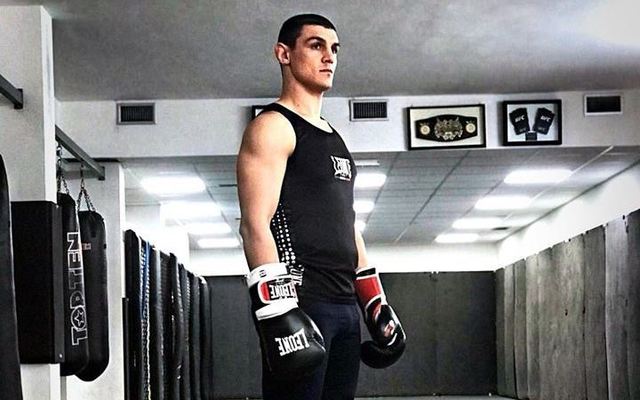 Fighting for a major organization has made Alessio Di Chirico ineligible for regional rankings.

Alessio Di Chirico is an Italian fighter with a striking base. Despite having a 6-0 professional record in his native Italy he was allowed to compete in the 2014 IMMAF World Championships, where he won the gold medal in the Light Heavyweight category.

His performance was impressive enough that he was offered a fight by the PLMMA organization (whose fighter, Karol Linowski, he had defeated on his way to winning the gold medal). After dropping down to the Middleweight category he won his PLMMA debut displaying powerful striking and strong takedown defense being able to stuff all the takedowns of his experienced opponent, Adam Kowalski, before finishing him with strikes in the 2nd round. His next fight at an as of yet undetermined PLMMA event will be against a resurging Polish MMA veteran, Antoni "Antonio" Chmielewski with the winner likely to be offered a UFC contract.

Di Chirico has next fought in Czech Republic for an international event Bitva Roku 2015 (Battle of the Year 2015), where he defeated the Czech veteran André Reinders for the WFCA European Middlewight Championship and has verbally agreed to next fight the UFC veteran Karlos Vemola for the MMAA organization, thus putting his fight in PLMMA in question.