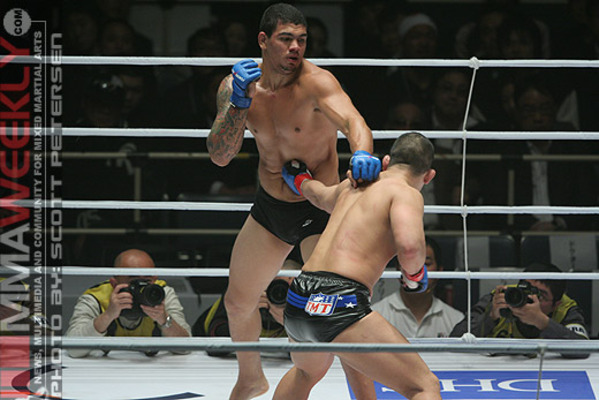 Antônio Braga Neto is ineligible for regional rankings due to inactivity.
Fighters must have at least one completed MMA bout in the past two years to be ranked.

Antonio Braga Neto is a Brazilian mixed martial artist and grappler currently competing in the middleweight division. Neto is a gold medalist in both the World Jiu-Jitsu Championship and Pan American Championship.

In April 2013 he signed with UFC and made his promotional debut at UFC on Fuel: Nogueira vs Werdum, against Anthony Smith. Braga Neto easily took the fight to the ground and submitted Smith with a kneebar at 1:52 in the first round.