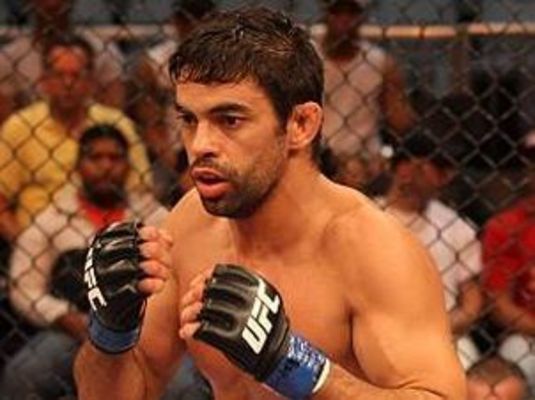 Yan Cabral is ineligible for regional rankings due to inactivity.
Fighters must have at least one completed MMA bout in the past two years to be ranked.

Yan Cabral is a welterweight fighter who trains out of Rio de Janeiro, Brazil.  He appeared on the second installment of The Ultimate Fighter: Brazil.  Before the show and making his UFC debut, Cabral won all of his fights via submission including a notable win over MMA legend Kazushi Sakuraba.

After the impressive 10-0 start to his career, Cabral was selected to be part of The second TUF Brazil in 2013. He was able to win his elimination fight by rear-naked choke and was selected as the fourth overall pick and second pick of Fabrício Werdum.  Cabral also won his next fight in the house against David Vieira with another rear-naked choke, but had to be removed from the tournament due to a broken hand.  He then made his official UFC debut against David Mitchell at UFC Fight Night 29 and was able to stay undefeated by winning a unanimous decision.

At UFC Fight Night: Brown vs. Silva, Cabral was expected to welcome Alexander Yakovlev to the UFC following Yakovlev's win over Paul Daley.  However, Yakovlev was rescheduled and Cabral had to face Zak Cummings on short notice.  Cabral lost via unanimous decision, largely due to Cummings' superior size and wrestling.  Following the first loss of his career, Cabral felt undersized for the welterweight division and moved to lightweight.  He went on to make his lightweight debut five months later, submitting Naoyuki Kotani in the second round.