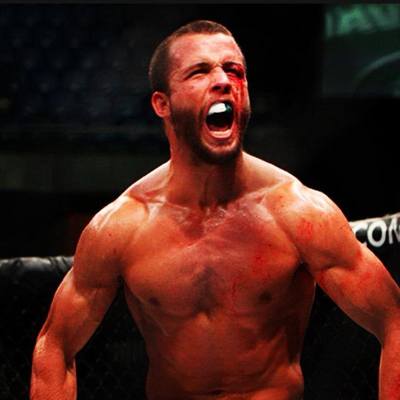 Pat Curran is ineligible for regional rankings due to inactivity.
Fighters must have at least one completed MMA bout in the past two years to be ranked.

Pat Curran began training MMA when he was 17 with his cousin and fellow fighter Jeff Curran. Pat was a standout wrestler in high school and Florida. Pat made his debut for the XFO organization and would amass a 10-3 record before signing with Bellator. He was featured on the TapouT reality show leading up to his fight with Lazar Stojadinovic which he won by decision. In 2010 he would compete in the Lightweight tournament, making it all the way to the finals with notable wins over Mike Ricci, Roger Huerta and Toby Imada. He would lose a decision to the then champion Eddie Alvarez.

Curran would drop down in weight and compete in the featherweight tournament defeating Luis Palomino, Ronnie Mann and Marlon Sandro on his way to a title shot. Curran also became the first person to win the Bellator tournament in two different weight classes. Pat would knockout the current featherweight champion, Joe Warren in the third round of their fight to become Bellator's Featherweight Champion. He was set to defend his title against Patricio Freire at Bellator 73 but would have to cancel the fight due to a broken orbital bone. They are now scheduled to meet for Curran's first title defense at Bellator 85.

Curran made the first successful defense of his title at Bellator 85, defeating Patricio Freire via split decision. His next defense was to be against Daniel Straus at Bellator 95 but when Strauss went out with an injury it would be Shahbulat Shamhalaev stepping in to replace Strauss for the April 4th match. He would then try to defend his belt against Straus at Bellator 106. However he would lose a Unanimous Decision. At Bellator 112, Curran would have his rubber match with Straus. He would go on to win back the Featherweight crown with 14 seconds left in the 5th round.After being skipped over for his title shot, Freire was expected to finally challenge for the Bellator Featherweight Championship in the long-awaited rematch with Pat Curran on June 6, 2014 at Bellator 121. However, on May 21, it was announced that Curran had pulled out of the bout due to a calf injury.[4] The rematch eventually took place at Bellator 123 on September 5, 2014.[5] Freire defeated Curran by unanimous decision to become the new Bellator Featherweight Champion.

Following his title loss to Freire, Curran would be defeated by Daniel Weichel in his next fight at Bellator 133, on February 13, 2015. Curran lost the fight via split decision after three rounds.

After losing three of his previous four fights inside the Bellator cage, Curran would return to win his next fight against Emmanuel Sanchez via unanimous decision at Bellator 139 on June 26, 2015.