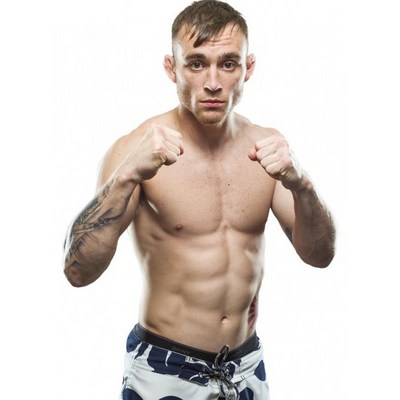 Fighting for a major organization has made Robert Whiteford ineligible for regional rankings.

Rob Whiteford is a Scottish featherweight fighter currently signed to the UFC. He trains out of Gripehouse Gym and Dinky Ninjas Fight Team in Glasgow, Scotland. He has previously fought for Vision FC and Supremacy FC and was able to pick up the featherweight belts in both promotions. Of his eleven professional wins, six have been finishes including five T/KOs.

Whiteford began training judo at a young age and would eventually go on to represent Scotland in the 2006 Commonwealth games and would pick up the bronze medal in the under 73 kg category. He would use this judo training to transition into MMA. After going 2-0 as an amateur, he would make his professional debut in 2009, but would lose by TKO. He would bounce back and over the next yer and a half, he would go on a ten fight winning streak while picking up two regional featherweight titles along the way.

In mid 2013, Rob was picked up by the UFC. He would get his first test when he took on Jimy Hettes at UFC Fight Night 30, but he would be submitted in the second round. He made his second appearance in the octagon at UFC 171 against Daniel Pineda and was able to pick up a unanimous decision victory to even his UFC record at 1-1.