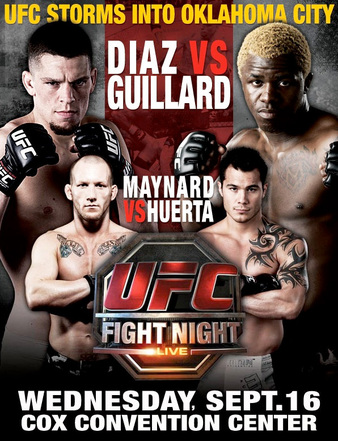 Once again, a pair of bouts featuring past winners and contestants from The Ultimate Fighter headlined an Ultimate Fight Night card. In the main event, Nate Diaz, winner of TUF 5, defeated Melvin Guillard, while fellow TUF 5 contestant Gray Maynard defeated Roger Huerta by Split Decision. In 2010, Maynard and Diaz would be matched up with one another, with Maynard winning a close and controversial Split Decision.

The card marked the final UFC appearance of Roger Huerta, as he opted not to re-sign with the promotion following contract issues and personal conflicts with the UFC brass.