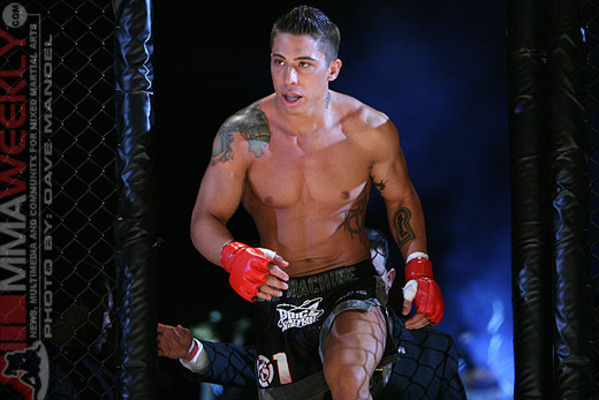 War Machine is ineligible for regional rankings due to inactivity.
Fighters must have at least one completed MMA bout in the past two years to be ranked.

Prior to his stint on the sixth season of The Ultimate Fighter reality show, War Machine was a rising welterweight prospect with a 4-1 pro record. During his time on the show, War was defeated in the opening round of the tournament by eventual tournament finalist Tommy Speer. In the live finale of the show on Spike TV, War defeated fellow cast member Jared Rollins with a third round knockout in what was one of the best fights of 2007. Following the fight with Rollins, War was submitted in the first round by Yoshiyuki Yoshida at UFC 84 and was promptly cut from the promotion after a personal dispute with UFC matchmaker Joe Silva.

After his UFC career, War went on to win five straight bouts before losing to David Mitchell by Split Decision in 2009. While he has found moderate success as a fighter since his UFC stint, War is predominantly known for his hectic personal life and frequent run-ins with the law. In 2009, War began a professional pornographic film career for Digital Playground, but has subsequently stated his desire to leave the industry to concentrate full-time on his fighting career once more.

War Machine is a Brown belt in BJJ .

A video interview of Jon Koppenhaver explaining the genesis of his legal name change to War Machine.