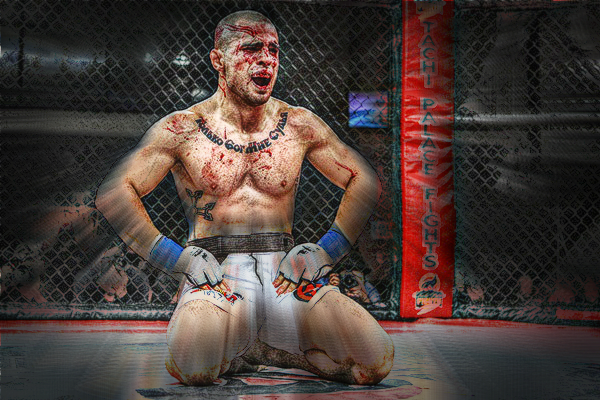 Fighting for a major organization has made Georgi Karakhanyan ineligible for regional rankings.

Georgi Karakhanyan is an Russian-American mixed martial arts fighter born in Moscow, Russia on May 29, 1985. Georgi is a Brazilian Jiu-Jitsu brown belt who competes primarily in the featherweight division. He is also the current Tachi Palace Fights featherweight titleholder.

While in California, Georgi put his football career aside and he began his mixed martial arts career where he began training at United Brazilian Jiu-Jitsu with instructor Rommel Dunbar, Georgi made his professional MMA debut on October 13, 2006 where he defeated Brent Wooten by submission with a guillotine choke in King of the Cage.

Aside from competing all over American soil, Georgi has also fought in the land of the rising sun, Japan, where he fought at the DREAM 18: Special NYE 2012 event where he defeated the DREAM featherweight titleholder Hiroyuki Takaya by a controversial split decision in which Georgi clearly dominated Takaya in.

Georgi has also competed in professional boxing where he has an undefeated flawless 1-0 record where he defeated Japanese fighter Tatsuro Irie by unanimous decision after 4 rounds at the Hollywood Park Casino in Inglewood, California on May 5, 2012.