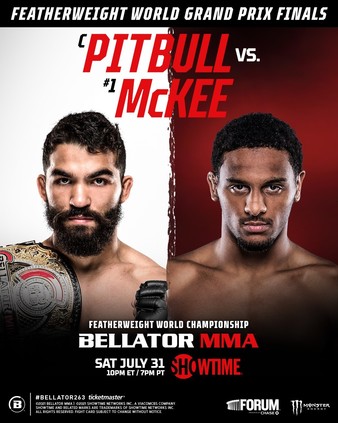 Tapology members can make predictions for upcoming MMA & Boxing fights. Bellator 263 is closed for new predictions. 1,472 total members made predictions on this event, breaking down as follows below.

Leaderboard of the best predictions by member: Bellator 263 Leaderboard