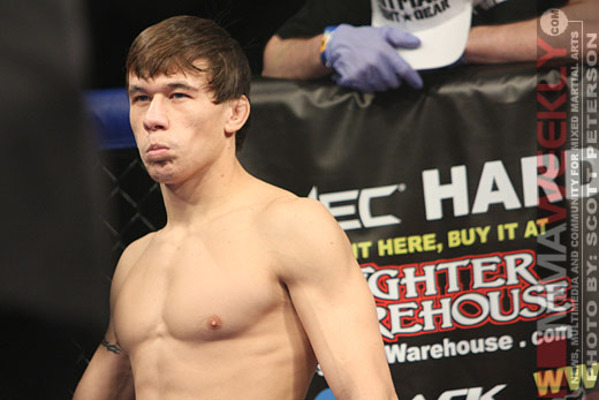 Brian Bowles is ineligible for regional rankings due to inactivity.
Fighters must have at least one completed MMA bout in the past two years to be ranked.

WEC bantamweight fighter Brian Bowles shocked the MMA world on August 9, 2009 by knocking out longtime division kingpin Miguel Angel Torres, whom many ranked in the top five pound-for-pound fighters in the world and, with a 17 fight win streak at the time, appeared virtually unbeatable at bantamweight. With the improbable victory Bowles seized the WEC’s 135 lb. belt. Unfortunately for Bowles, he would go on to lose the title in his very next affair, in a title defense to Dominick Cruz that had Bowles backtracking and confused before the bout was called off due to Bowles’s broken hand. The loss was the first of Bowles’s professional MMA career.

Bowles would move over to the UFC with the merger along with many of the other WEC fighters. In his first fight for them he would win Submission of the Night over Damacio Page with his first round guillotine choke. He would follow up with a decision win over Takeya Mizugaki before being choked out by Urijah Faber at UFC 139. After a long layoff he would return to face George Roop at UFC 160 but was finished by TKO in the second round.

Bowles tested positive for elevated levels of testosterone following the bout and was subsequently suspended for nine months by the Nevada State Athletic Commission and was fined 30% of his purse, or $5,700.