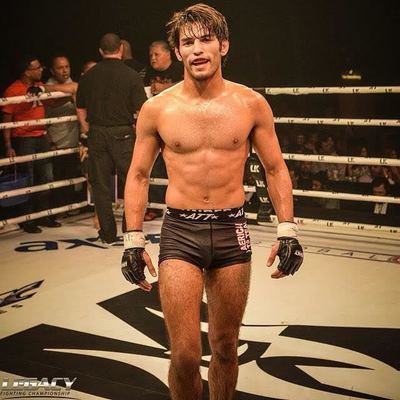 Fighting for a major organization has made Matt Schnell ineligible for regional rankings.

Matthew Christopher Schnell was born on the 15th of January 1990 in Amory, Mississippi. Schnell would appear on the MTV show Caged in 2012, this show followed 4 MMA prospects in Louisiana. Schnell would be one of the two fighters to go professional coming from the show, the other fighter that would go professional is Tony Kelley.

Schnell would start of his MMA career in the promotion Legacy FC in 2012, he would make his debut on Legacy FC 14 against Ryan Hollis, a debut that Schnell would win by split decision. Schnell fought for 4 more years on the regional scene building a 10-2 record with 8 KO/TKO or submission finishes. On the 25th of March 2016 Schnell would fight for the interim Legacy FC Flyweight Championship against Klayton Mai, Schnell would need 2 minutes and 14 seconds to secure an armbar and win the contest by submission.

Even though losing in the quarter-finals of The Ultimate Fighter 24 Schnell got a contract with the UFC. On his UFC debut Schnell would lose by first round KO against Rob Font in a Bantamweight contest. Schnell would also lose his second UFC fight by first round KO, this time Hector Sandoval would prove tough opposition. In 2017, Schnell would get his first UFC win against Marco Beltran after taking it to the judges and winning by unanimous decision. Following his first UFC victory, Schnell would go on a win streak in the UFC, Schnell would beat Naoki Inoue, Louis Smolka and Jordan Espinosa his performance in his contest with Jordan Espinosa would also earn Schnell Performance of the Night honours. Alexandre Pantoja would put an end to Schnell's win streak by first round KO on UFC Fight Night: Edgar vs. Korean Zombie. Schnell would follow this loss up by getting a victory against Tyson Nam by split decision in 2021, later that year Schnell would compete again, this time against Rogerio Bontorin in a contest that would see Schnell lose by unanimous decision. Matt "Danger" Schnell's current MMA record is 15-6 (5-4 in the UFC). Schnell currently has a fight lined up against Alex Perez (24-6, 6-2 UFC) at UFC 269.