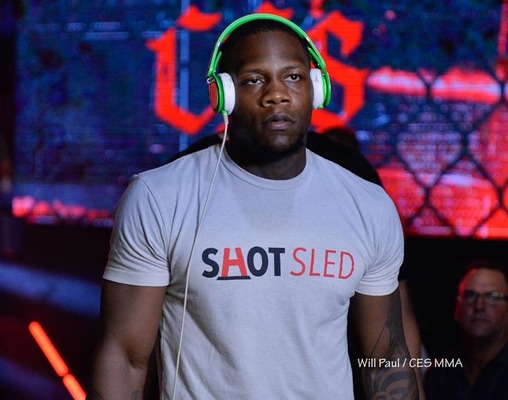 Burrell is from the Overbrook neighborhood of Philadelphia, Pennsylvania, and attended Overbrook High School where he competed in football as well as track and field, and was talented. Burrell often got into fights and ultimately did not stick with sports as he admits that "did not like taking orders". However, after Burrell began watching UFC fights, he became motivated to become a mixed martial arts fighter himself. Burrell started his MMA career in 2010. He fought only for middle Atlantic states organizations. With a MMA record of 5-1, he signed with Strikeforce.

Burrell was expected to make his promotional debut against Dante Rivera on November 15, 2013 at Bellator 108. However, Rivera was removed from the card due to undisclosed reasons and Burrell instead faced Jesus Martinez. He won the fight via unanimous decision (30-27, 30-27, 29-28). He faced Andrey Koreshkov in the quarterfinal match of Bellator Season Ten Welterweight Tournament on March 14, 2014 at Bellator 112. He was defeated early in the first round via TKO at 0:41.