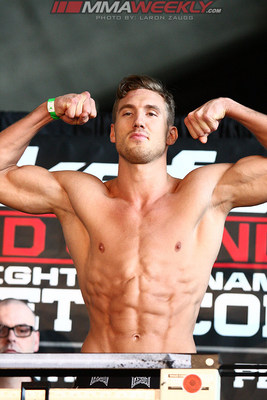 Chris Spang is ineligible for regional rankings due to inactivity.
Fighters must have at least one completed MMA bout in the past two years to be ranked.

Chris Spang began training when he was only 4 years old boxing with his father who was a professional boxer in Sweden. Chris has an older brother Andreas who also is in MMA and is currently signed with Bellator. Spang boxed professionally winning both of the two bouts he fought by decision.

He would win his first 3 fights finishing all of his opponents before being signed to Strikeforce. He would only get three of those fights winning two of them before Strikeforce came to an end. Spang would however sign on with the UFC and would make his debut against Adlan Amagov. He would lose a decision and subsequently be cut from the promotion.