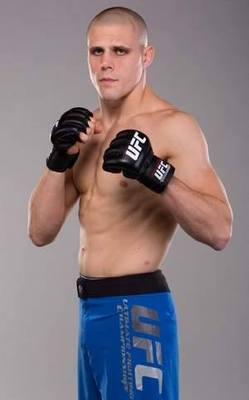 Tim Williams is ineligible for regional rankings due to inactivity.
Fighters must have at least one completed MMA bout in the past two years to be ranked.

Tim "The South Jersey Strangler" Williams was a competitor on the 17th season of The Ultimate Fighter, Team Jones vs. Team Sonnen.  However, he lost to Dylan Andrews during the fights to get into the house.

One year later, Williams given another shot on the show as he became a cast member of the 19th season, Team Edgar vs. Team Penn.  Tim Williams won his spot in the house by TKO in the sudden victory round over Bojan Velickovic.  BJ Penn selected Williams as his second pick at middleweight.  In the 3th episode, BJ Penn picked Williams to face Dhiego Lima.  Williams had a good showing in the 1st round, but Dhiego Lima won the fight via 2nd round RNC.