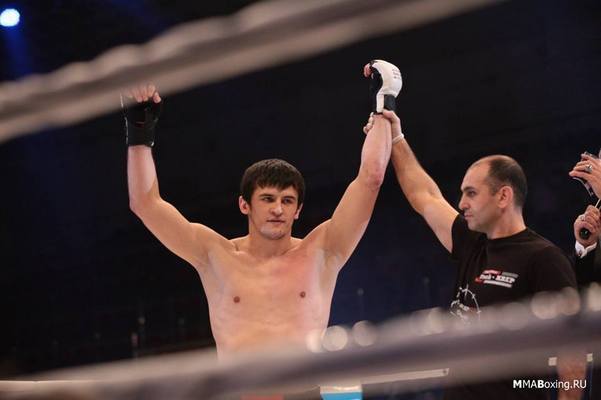 Albert Tumenov is ineligible for regional rankings due to inactivity.
Fighters must have at least one completed MMA bout in the past two years to be ranked.

Albert Tumenov is a Russian welterweight fighter currently signed to the UFC. He is a Master of Sport in Boxing and trains out of K Dojo Warrior Tribe in Fairfield, New Jersey. He has a Bachelors degree from the University of Russia-Moscow. He has previously fought for the Russian promotion, Fight Nights, where he was the welterweight champion. Of his twelve professional wins, eight have been finishes with all coming by T/KO. He has never been finished in a fight.

Tumenov began his professional career in 2010 with a TKO victory. He would go on to rattle off three straight decision wins over the next year before losing a decision to Murad Abdulaev in 2011. He would come back a year later with a decision win in his first fight of a four man, one night tournament and would win the tournament with a TKO in the finals. He would go on to earn six more T/KO wins over the next fourteen months and would pick up the Fight Nights welterweight title along the way.

In late 2013, Albert would be signed by the UFC. He made his promotional debut against Ildemar Alcantara at UFC Fight Night 36 in his opponents home country of Brazil, but would lose a split decision, snapping an eight fight winning streak. He would however bounce back impressively with two first round TKO's over Anthony Lapsley and Matt Dwyer.

Tumenov would continue his win streak when met Nico Musoke, at UFC on FOX 14: Gustafsson vs. Johnson. Tumenov would defeat the Swede via Unanimous Decision.