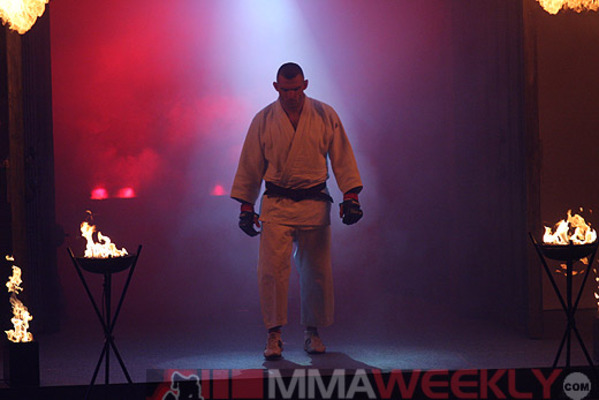 Paweł Nastula is ineligible for regional rankings due to inactivity.
Fighters must have at least one completed MMA bout in the past two years to be ranked.

Paweł Marian Nastula is a Polish judoka and mixed martial artist. He was the 1995 and 1997 Judo World Champion, and 1996 gold medallist at the Olympic Games in Atlanta, Georgia, USA, winning those titles in the U95kg weight category.

Nastula received a very tough welcome to MMA immediately facing two of PRIDE's top heavyweight contenders and seasoned professionals in Antonio Rodrigo Nogueira and Aleksandr Emelianenko. Nastula wasted little time lamenting these losses. In his 3rd match in July 2006, Nastula made easy work of previously unbeaten Edson Drago. He would then lose back to back fights to Josh Barnett and Dongi Yang.

After a rough start to his MMA career going 1-4 in his first 5 fights Nastula returned to the sport after a 2 year layoff and has since been unbeaten going 4-0 with wins over Jimmy Ambriz and Kevin Asplund (15-3), finishing every fight in the first round.

Nastula is the author of the book My Judo (2000), where he describes his favourite techniques and their combinations. He took part in the 2009 Polish version of Dancing with the Stars, eventually finishing sixth overall.