Mike Pierce defeats Aaron Simpson via KO/TKO at 0:29 of Round 2 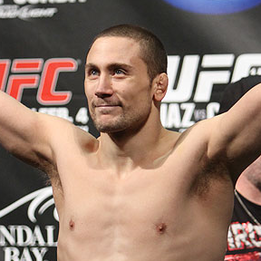 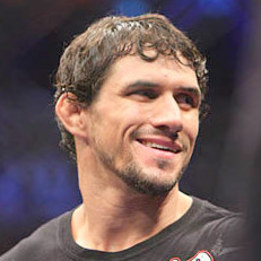 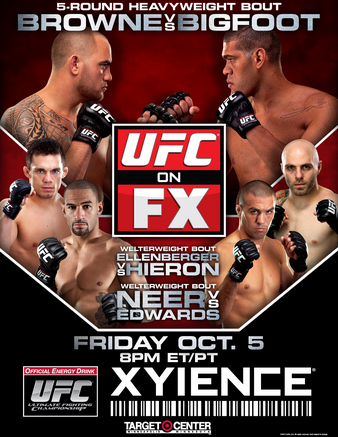 Aaron Simpson met Mike Pierce on the main card of UFC on FX 5 in the welterweight division.

The wrestlers locked horns in the first and jockeyed for position. An uneventful first half of the round gave way to a few big salvos in the second half, with both fighters landing some heavy hooks. Pierce took the heavier shots and looked a bit wobbly after one exchange. Neither man could get the better of the positional battles throughout the first.

Early into the first, Pierce caught an oncoming Simpson with a huge right hand to the chin that flattened him. Several follow-up punches had Simpson unconscious on the canvas with Pierce jumping for joy.

The end came 0:29 into the second round, giving Pierce the KO victory. Speaking with Jon Anik following the win, Pierce said, "He had be wobbled pretty good in the first round, but I don't give up easily and I knew I had to do something to come back and win this fight.

Having a Turkish beer in Djibouti. This place is pretty cool. Having a great time with the troops. Pics to come.

Well I'm in Seattle heading to Djibouti in about an hour. These flights should be fun haha.

Thank you to all who have said kind words. Felt great out there… wanna thank my family @Powermmafitness. I’m ok. Just really disappointed.

I'd like to give a big thank you to my sponsors for this fight. @FeartheFighter @BoosterGear @Training Mask

Who liked that KO? Damn that felt good!

I plan on it. “@Joosy_J_: @aaronsimpson hey aaron don't forget to wrestle pierce and put us all to sleep tomorrow”

Also want to thank @LOCKloaded for the weight cut. Made 171lbs with ease. Weighed 208, 9 weeks ago.

Goodnight. Will be shutting down…time to focus.

Yessir. @dlishdrivethru in Tempe! All organic. “@fightbobby: Is there a such thing as a healthy drive thru? #oxymoron?”