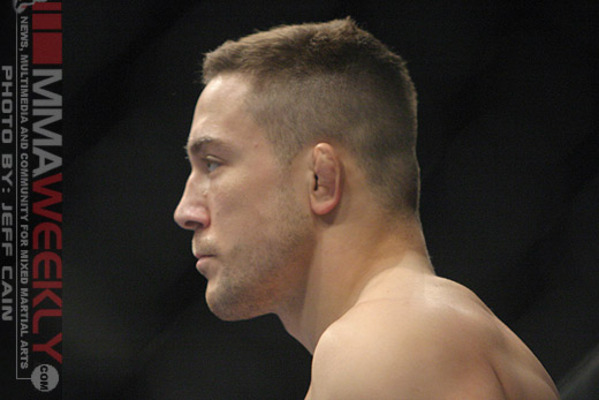 Mike Pierce is ineligible for regional rankings due to inactivity.
Fighters must have at least one completed MMA bout in the past two years to be ranked.

Mike Pierce is a wrestler who trains out of Sports Lab Fight Team in Portland Oregon. He wrestled for Portland State University. He is a veteran of the WEC and the UFC and holds notable wins over Brock Larson and Aaron Simpson. Mike had compiled a 8-2 MMA record by the time he was signed to the UFC. In all five of his losses, he has never been finished.

Pierce defeated Brock Larson by unanimous decision in his UFC debut. He has had some ups and downs in his UFC career but has managed to always remain relevant. His only losses came in the form of decisions to some of the top contenders in the welterweight division, Jon Fitch, Johny Hendricks and Josh Koscheck. He had a 9-3 record in the UFC and was riding a four fight win streak going into his next fight against Rousimar Palhares at UFC Fight Night 29. Pierce would suffer another set back when he was submitted via heel hook in just 31 seconds.