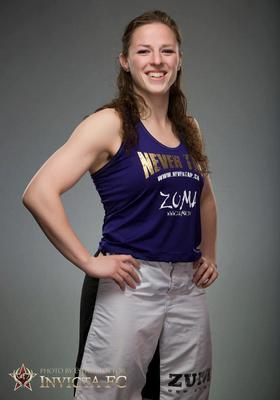 Fighting for a major organization has made Sarah Kaufman ineligible for regional rankings.

A professional since 2006, Sarah Kaufman is among the best female fighters in Mixed Martial Arts.  When an MMA gym opened in the same building that Kaufman's dance company rehearsed in, Kaufman began training MMA and fell in love with the sport.  Kaufman abandoned her plans of becoming a cardiovascular surgeon, quit university, and embarked on a professional mixed martial arts career.  She holds wins over many top female fighters and is the former Strikeforce women's bantamweight world champion.  Kaufman was recently signed to the UFC.