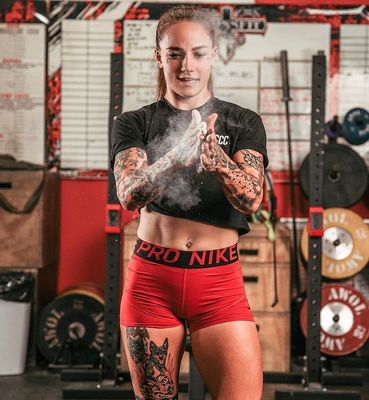 Fighting for a major organization has made Jessica-Rose Clark ineligible for regional rankings.

Jessica-Rose Clark (born 28 November 1987) is an Australian mixed martial artist who competes in the women’s Bantamweight division of the Ultimate Fighting Championship (UFC). Clark made her professional MMA debut in December 2012 in her native Australia. She fought six times over the next two years for various regional promotions, amassing a record of 5 wins and 1 loss. After taking nearly a year off from the sport, Clark made her debut with Invicta FC in July 2015. She faced Pannie Kianzad at Invicta FC 13: Cyborg vs. Van Duin and lost the bout via unanimous decision. Clark returned to the promotion in November 2016 to face Pam Sorenson at Invicta FC 20: Evinger vs. Kunitskaya. She lost the bout via split decision. Clark was scheduled to face Vanessa Porto at Invicta FC 26 in December 2017 however, she was removed from the card when she was tabbed by the UFC as a replacement.
Jessica made her UFC debut against Bec Rawlings in a flyweight bout, replacing Joanne Calderwood at UFC Fight Night: Werdum vs. Tybura on 19 November 2017. At the weigh-ins, Clark weighed in at 128 pounds, 2 pounds over the flyweight upper limit of 126 pounds. The bout proceeded at a catchweight and Clark forfeited 20% of her purse to Rawlings. Clark won the fight via split decision. Clark faced Paige VanZant on 14 January 2018 at UFC Fight Night: Stephens vs. Choi. She won the fight via unanimous decision. Clark faced Jessica Eye on 23 June 2018 at UFC Fight Night 132. She lost the fight via unanimous decision. Clark was expected to face Andrea Lee on 15 December 2018 at UFC on Fox 31. However, Clark was forced out of the bout as she was hospitalized due to weight cutting issues and deemed medically unfit to compete by UFC physicians. As a result, the bout was cancelled. Clark was scheduled to face Talita Bernardo on 11 May 2019 at UFC 237. However, it was reported on 3 April 2019 that Clark had pulled out of the bout, citing injury. Clark faced Pannie Kianzad on 9 November 2019 at UFC on ESPN+ 21. She lost the fight via unanimous decision.